I am excited to announce that WebIDE is now enabled by default in Nightly (Firefox 34)! Everyone on the App Tools team has been working hard to polish this new tool that we originally announced back in June.

While the previous App Manager tool was great, that tool’s UX held us back when trying support more complex workflows. With the redesign into WebIDE, we’ve already been able to add: 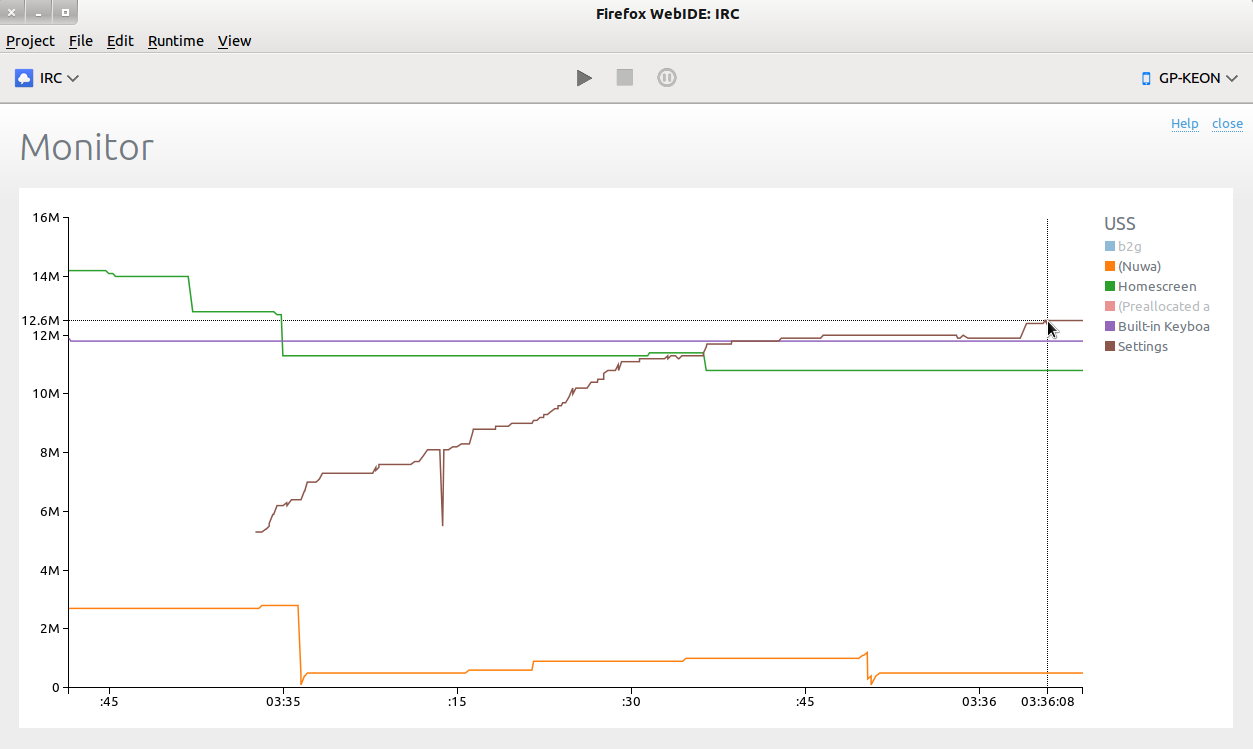 All projects you may have created previously in the App Manager are also available in WebIDE.

While the App Manager is now hidden, it’s accessible for now at about:app-manager. We do intend to remove it entirely in the future, so it’s best to start using WebIDE today. If you find any issues, please file bugs!

Looking ahead, we have many more exciting things planned for WebIDE, such as:

If there are features you’d like to see added, file bugs or contact the team via various channels.

I enjoy building tools that improve the daily workflow of developers, designers, and engineers. I want to work with a first-class team and collaborate with the open source community to improve the applications people build by advancing the state of the art in compilers, visual editors, IDEs, and other tooling.

I am currently building open, decentralized, secure communications for all via Matrix at New Vector in London, UK.

I previously worked at Mozilla on developer tools for Firefox and Firefox OS.

I also worked on overhauling the Firefox CSS system using Rust and tech from Servo.